Produced by Raj Kamal (Kamal Hassan’s production house), this movie was directed by Rajesh M Selva in 2019 with the cast of Vikram Akshara Haasan, Abhi Medhi Hassan, Siddhartha Shankar, Jasmine Kaur, Lena and more. Movie about a doctor, rescues Vikram, a criminal, from getting murdered in the hospital. However, when the doctor’s wife (Akshara Haasan) gets kidnapped, he is asked to get Vikram out in exchange for his wife’s safe return.

Releader on OTT platform, this movie is about a self-discovery journey after being abandoned by his family. Soon he becomes a pride drug-dealer billionaire facing issues with his own son. Movie was released in 2022 with the cast of Vikram, Dhruv Vikram, Simran, Bobby simp, Sanath, Deepak Paramesh, Aadukalam Naren and more. Movie was directed by Karthik Subbaraj.

This multi-star movie was directed by Bejoy Nambiar and music composed by multi music directors including Anirudh Ravichander. Movie was released in 2013 with the cast of Vikram, Jiiva, Tabu, Isha Sharvani, Nassar, Remo Fernandes, John Vijay and more.

Directed by AL Vijay, this movie was starring Vikram, Anuskha Shetty, Amy Jackson, Jagapathi Babu and Raai Laxmi. Movie was released in 2012. Story about a blind man (Vikram), uses his echolocation to investigate who was responsible for a series of bomb blasts in London that killed his loved ones.

This remake movie from Hollywood, about a month with intellectual disability, fights for her daughter’s custody from her grandparents. Starring Vikram, Anushka, Amala Paul, Sara Arjun, Santhanam, which was released in 2001.

Starring Vikram, Samantha Prabha, Pasupathy, Abhimanyu Singh, Charmy Kaur, Jackie Shroff and more. Samantha played a dual role in this movie. Directed by Vijay Milton and movie was released in 2015. Movie was a huge flop when it was released.

Directed by Shankar, music is composed by AR Rahman. Starring Vikram, Amy Jackson, Open Patel, Kamaraj, Ojas Rajani and more. Movie about a bodybuilder’s life changes forever when he develops a hunchback due to an injection and decides to avenge his situation. Movie was released in 2015.

Starring Vikram, Deepksha Seth, K Viswanath, Aruldoss, Thambi Ramaiah, Shanoor Sana, Pradeep Ram Singh and more. This movie was directed by Suseenthiran and story by Aasim Tiger. Movie about Vikram, who aspires to become a villain, comes to the rescue of an orphanage. A mafia headed by a scheming politician, Shanoor Sana , wants to buy the orphanage and use it for illegal activities.

Even though this was a flop movie, it is in this list for Vikram’s action. Story about Sketch (Vikram) works under a loan shark who takes the vehicles of those who are unable to pay him back. However, one such defaulter is a deadly gangster who turns livid when he finds that his car is taken. Starring Vikram, Tamannaah, Soori, Vijay Chandar, Sri Priyanka, Sriman and more. Movie was released in 2018 with the direction of Vijay Chandar.

Check out Vikram’s Best movies that were released before 2010 below: 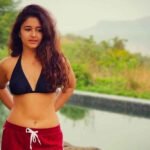 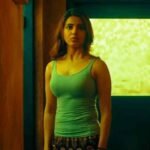