Vijay Sethupathi acted as trans in this movie, and this movie shows the struggles faced by trans women in this world.

Paava Kadhaigal is a 2020 Indian Tamil-language anthology film directed by 4 famous directors. Thangam Movie was one of the movies which was directed by Sudha Kongara. Starring Kalidas Jayaram Shanthanu Bhagyaraj Bhavani Sre Vinodhini Vaidyanathan. A brilliant performance by Kalidas Jayaram as a trans person.

This thriller/suspense movie was written and directed by Vignesh Karthick. Starring Aishwarya Rajesh, Pavel Navageethan, Gokul Anand, Ananya Ramprasad and more. This movie is about a trans – who turns from female to male. This is the first time in Tamil cinema to feature this LGBT.

This understated movie was directed by Lokesh Kumar in 2007. With no famous cast, this movie was not welcomed by most of the cinema goers, however it is celebrated by LGBT community. Starring Anupama Kumar, Ashwin Jith, Abhishek Joseph George and Jaya Prakash.

Gopi, a transgender person, undergoes a transition to become Gopika, while facing a lot of difficulties due to the social stigma. Believe it or not this movie was released in 2011. Kudos to the director IPS Xavier for directing such a movie at that point itself. Starring Julia Robert, Pallavi, Aswatha and more.

Released in 2011, this was the first movie in the Kanchana franchise. Directed and acted by Raghava Lawrence. Sarath Kumar acted as a trans woman in this movie. Along with, Kovai Sarala, Raai Laxmi, Devadarshini, Sriman, Manobala and more. 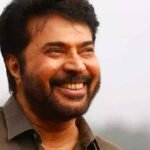 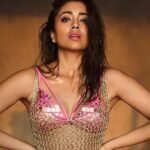