Starring Sundar C as lead role along with Poonam Bajwa, Kiran Rathod, Sathish, Singampuli, VTV Ganesh, Ravi Maria, Yogi Babu and more. Story about a rural politician who faces many challenges because of his ideas and struggles as he tries to balance his political career and new-found love interest. Movie directed by Venkat Raghavan and released in 2016.

This franchise movie is released in Sundar C. and acted by himself as well. The same story in all the franchise, a family return to their hometown bungalow and experience paranormal activities due to an unsatisfied soul that was killed in the past. Starring Sundar C., Vinay, Hansika Motwani, Soori. Soori was the comedian in Aranmanai part 2 to replace Santhanam.

Directed by Hari and released in 2008. Starring Bharath, Poonam Bajwa, Simran, Vadivelu, Sampath Raj, and more. Story about a free-spirited young man who falls in love with a heroine. Things get bad when an influential man have sexual desires on the heroine.

Directed by R Ammu Ramesh, this movie was released in 2011 with the cast of Narain, Meena, Prabhu, Santhanam, Poonam Bajwa, Ganja Karuppu and more.

Directed by Thiraivannan, this movie collected good at the box office. Starring Jiiva, Poonam Bajwa, Vadivelu, JD Chakravarthy, Azhagam Perumal and more. This movie is known for Vadivelu comedy. Movie was released in 2010.

This movie was Sudha Kongara Prasad’s debut movie in Tamil as a director. Starring Vishnu Vishal, Srikanth, Shamna Kasim, Poonam Bajwa and more. Movie was released in 2010. Story about Karuna kills the man who murdered his school teacher. However, when Sami, his best friend, informs the police that Karuna killed the gangster, differences arise and the two grow to hate each other. 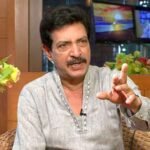 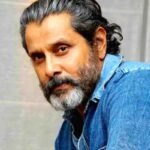