Our favourite movies of Vikram’s movies that were released before 2010. This list is in no particular order.

Released in 2010 this movie was directed by Mani Ratnam. Starring Vikram, Prithviraj, Aishwarya Rai, Prabhu, Karthik, Priyamani and more. Story starts after inspector Dev stirs the reign of Veeraiya, a tribal outlaw, the latter responds by kidnapping his wife, Ragini. While she tries to escape from him, Dev fights many resistances to find her.

Directed by Hari, starring Vikram, Trisha, Kota Srinivasa Rao, Vivek, Ramesh Khanna, Delhi Ganesh and more. Story about a strict policeman who accepts bribes from corrupt politicians and local thugs to help them in their illegal work. And take action when the right time comes.

This action movie was directed by Dharani in 2001. Story about a police officer beats up a man for misbehaving with his girlfriend. That man turns out to be a corrupt police officer who later starts harassing Kanagavel and his family. Starring Vikram, Deepa Venkat, Vivek, Vijayan, Ashish Vidyarthi and Mayilsamy.

Story about two teenagers, one as a singer and another one will become a gangster. Played by Ajith and Vikram as duo stars in this movie. Other actors are Maheswari, SP Balasubramaniam, Raghuvaran and Srividya. Directed by JD & Jerry in 1997.

Vikraman’s Pudhiya Mannargal was released in 1993 with the stars Vikram, Vivek, Mohini, Dhamu, Delhi Ganesh, and SS Chandran. Satyamurthy, Vidya and four others are friends. When the CM kills one of them, Vidya witnesses it and goes to the police, for which she is raped. Unable to bear the humiliation, she commits suicide. 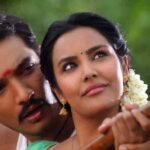 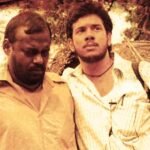