These are some of the movies which won National awards for Best Feature Film in Tamil from 2006 – 2016 years.

Murugaiyan, a goat shepherd, comes across a female thief, Pechi, who steals goats for livelihood. He falls in love with her but his mother Veerayi opposes their relationship. This movie was directed by Seenu Ramasamy.

Periyar was one of the prominent figures to fight during independence. He was against the injustices of the Hindu caste system. Later, he begins fighting for the rights of Tamilians. Movie was directed by Gnana Rajasekaran and acted by Sathyaraj, Jyothirmayi, Vagai Chandrasekar. This movie was released in 2007.

A. Sarkunam directed with the cast Vimal, Iniya, Ponvanna, K Bhagyaraj, Thambi Ramiah, this movie is about a lead role who aspired to have a government job, starts teaching poor children in a small village.

Another good movie by Balaji Sakthivel. Story about a poor Venu who works at a roadside shop and loves Jyothi, who is employed in the adjoining apartment. Before Venu gets a chance to express his love to her, she meets with an accident and he is arrested. Starring Sri, Manisha Yadav, Mithun Murali and Urmila Mahanta.

This funny movie about two kid. One a bright student name Anbukkarusu, another one Jeevanandam, who is a bit naughty boy who feels jealous when Anbukkarusu begins to get all the attention. Kids will love this movie for sure. Directed by Pandiraj and released in 2009.

Directed by Bramma, and starring Radhika Prasidhha, Pavel Vavageethan, and Master Ajay, story about Merlin, a school teacher, lands in trouble when she slaps Chezhiyan, an arrogant student. Chezhiyan becomes unconscious and goes into a coma.

Released in 2016, directed by Raju Murugan, this movie won many’s heart. Even though it wasn’t a commercial success, but this movie gained very good critics. Amazing performance by Guru Somasundram, one of the underrated actors, along with Ramya Pandiyan, Gayathri. 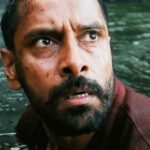 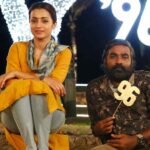