Released in 2013, this movie is about an indolent youth who finds himself in trouble when his life gets intertwined with that of a straight-laced banker who is tormented with his demands from his boss. Starring Vijay Sethupathi, Pasupathy, Soori, Nandita Swetha, Ashwin Kakumanu, Swathi Reddy and Robo Shankar.

Starring Vikram, Samantha Prabha, Pasupathy, Abhimanyu Singh, Charmy Kaur, Jackie Shroff and more. Samantha played a dual role in this movie. Directed by Vijay Milton and movie was released in 2015. Movie was a huge flop when it was released.

Based on Kaval Kottam novel, this movie was directed by Vasanthabalan and released in 2012. Story about Komboodhi, the leader of a tribe that steals from the rich to survive. He befriends Vari Puli, unaware of his past, only to learn that his village has been hunting him to offer his life to god. Starring Aadhi, Said Dhanshika, Archana Kavi, Pasupathy, Bharath, Shweta Menon, Kabir Bedi, Anjali and more. This movie won a number of awards in Vijay Awards.

After a big blockbuster of Chandramukhi by P. Vasu and Rajinikanth’s combo, they joined together for Kuselan. This was a remake of Katha Parayumbol, a Malayalam movie which was a huge hit there. However this was a major flop for both of them. Released in 2008, this was one of the big flops in Rajinikanth’s career.

Story about Aadhi and Mathi, along with their father, who go to a village and help a retired officer pay off his debts to a landlord. Soon, Mathi forcibly marries the landlord’s daughter to teach him a lesson. This movie was directed by Shafi in 2005. This was a remake of Thommanum Makkalum. 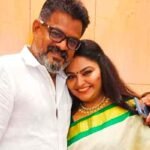 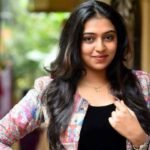