Starring father and son (Sathyaraj and his son Sibiraj), along with Vadivelu, Kushboo, Nikita Thurkral and more. This movie was directed by Lakshmipriya.

Inspired by Professor, Bollywood movie. This movie was directed by P Vasu in 1990. Story about a man in desperate need of money decides to disguise himself as an old man to teach two young women. Starring Sathyaraj, Kushboo, Manorama, Goundamani and more.

Movie about a hero trying to convince his soon-to-be father in law to marry his daughter. This comedy movie was inspired by Guess Who.

Story about an illegitimate son who takes revenge on a father who left his mother. Directed by SP Muthuraman in 1986, this movie was starring Rajikanth, along with Sathyaraj, Visu, Goundamani, and Ambika.

Story about a couple, who dislike each other, are forced to get married and lead troubled lives (similar story as Mouna Ragam). The director was trolled on social media to steal the story without giving credits to the original makers. Starring Arya, Nayanthara, Jai, Nazriya Nazim, Santhanam and directed by Atlee.

This bilingual movie was released in Tamil and Telugu in 2018. Starring Vijay Deverakonda, Sathyaraj, Nassar, MS Bhaskar, Mehreen Kaur Pirzada, Sanchana Natarajan, and more. Directed by Anand Shankar and produced by Gnanavel Raja. Another good political based movie in Kollywood. 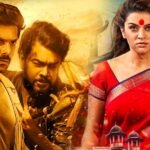 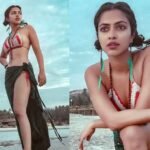