This time machine based movie was directed by Karthik Yogi and released in 2021. With the cast of Santhanam, Anagha, Shirin Kanchawala, Harbhajan Singh, Arun Alexander, Sha Ra, Chithra Lakshmanan and Munishkanth.

An unexpected life event forces a young man (Manikandan) to reconsider the past and his opinions about his father (Samuthirakani). Movie directed by Halitha Shameem and released in 2021. Movie cast K Manikandan, Samuthirakani, Sana Udhayakumar, Ahilyadevi, Madhumathi and more.

Starring Yogi Babu as the lead character along with Sheela Rajkumar, Kanna Ravi, GM Sundhar, Mukesh, Sangili Murugan, George Maryan and more. Story about two political parties in a small village compete in the local elections and a single deciding vote comes down to a small-time barber – played by Yogi Babu.

This small budget movie was released in 2021 with the direction of Samuthirakani.  Thambi Ramaiah – a self-centred man dies in a car accident. However, upon his request, he is granted 90 more days to live for a second chance to fulfil his duties. Starring Thambi Ramaiah, Samuthirakani, Sanchita Shetty, Sriranjani, Deepak Dinkier and more.

Directed by the promising director Radha Mohan, music composed by Premgi Amaren. Story about the hero starts an extra-marital affair and soon leaves for Malaysia to meet his girlfriend. However, things take a turn when he lands up in Chennai suffering from amnesia. Starring Vaibhav Reddy, Vani Bhojan, Riya Suman, MS Bhaskar, Karunakaran and more.

This low budget movie was directed by Prabhakaran and released in 2021. Starring Kathy and Soori as main characters along with Rahasya Gorak, Ashvatt, and more. 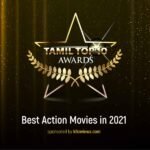 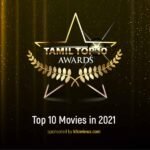