Two friends (Udhayanidhi Stalin & Santhanam) decide to beat up a thug as he threatens to kill a friend’s girlfriend. However the thug dies in an accident and the two friends are accused of murdering him. Starring Udhayanidhi Stalin, Santhanam, Nayanthara, Karunakaran, Pooja Ramachandran, Sherin Shringar, Manobala, Rajendran and more.

Directed by Seenu Ramasamy in 2019, this movie is about an organic farmer, marries a bank manager. However the hero’s grandmother does not want the heroine to work after marriage, which leads to a bundle of issues. Starring Udhayanidhi Stalin, Tamannaah, Vadivukarasi, Theepetti Ganesan, Vasundhara Kashyap, Poo Ram and more.

Starring Udhayanidhi Stalin, Hansika Motwani, Santhanam, Saranya Ponvannan and more. This laughter riot movie was directed by M Rajesh with the music of Harris Jayaraj. Movie was released in 2012.

Released in 2016, this movie stars Udhayanidhi Stalin, Prakash Raj, Vivek, Hansika Motwani, Aishwarya Rajesh and Angana Roy. Story about an average lawyer who goes against the famous and well known lawyer to fight for justice. Movie was directed by Ahmed.

Starring Udhayanidhi Stalin, Amy Jackson, Vikranth, Karunakaran, Sathyaraj, Mime Gopi, Sachu and more. This movie was directed by Kris Thirukumaran in 2016. Story about Udhayanidhi Stalin who played as Sathyaraj who was accused of killing a man, set out to find the real culprit. 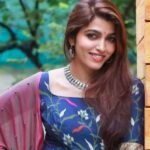 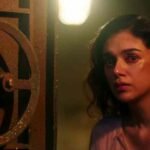