One of the successful franchises under the horror comedy genre. All the movies were directed and played lead role by Sundar C. The recent release of Aranmanai 3 getting mixed reviews with some movie goers claiming that the movie using the same story as previous ones.

Director Hari known for his franchise movies. One of the flop franchises is Saamy. The second part was majorly criticized by public for the poor storyline, casting, acting, songs and overall.

Starring the same hero for both parts, the second part was not as hit as part 1. However it gained some mixed reviews.

This blockbuster part 1 movie was directed by Lingusamy. The second part was not as hit as part 1 but it wasn’t poorly done. Only Lingusamy, Yuvan Shankarraja and Vishal are the common ones from part 1.

After a huge hit in the first part, the same team joined together in the second part, however they failed to succeed this time.

Even though this is a remake of Rajinikanth’s Billa, with fresh screenplay and movie making, this definitely caught a lot of attention when it was released. This is one of the most successful franchise movies in Tamil cinema. Both movies starred Ajith as Billa.

One of the non-stop franchise movies in Tamil cinema, the public wish it will STOP soon. However director Hari – Suriya combo is not ending the series anytime soon. The team will start filming Singam IV in 2022 (from an online news channel).

Another successful franchise is this. And the only movie is better than the first part. These comedy spoof movies were directed by C. S. Amudhan and played by Shiva.

These expensive franchise movies were directed by Shankar with an unbelievable budget. The only common thing from the movie was Rajini in dual roles. The second part gained mixed reviews as people was not as excited as the first part. 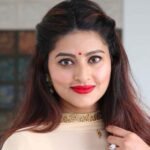