These are our favourite picks of Thalapthy Vijay’s movies that were released from 1990-1999. This list is in no particular order.

Vijay biggest box office hit in the 90’s was this movie. Directed by Fazil and music composed by Ilaiyaraaja in 1997. Typical love movie story, which is the love against the girl’s family. Starring Vijay, Shalini, Sivakumar, Thalaivasal Vijay and Saranya Mohan.

Released in 1996, this movie was starring Vijay, Sangita Madhavan, Anju Aravind, Nagesh, Nambiar and more. This movie is directed by Vikraman and music composed by S. A. Rajkumar.

One and only movie Vijay and Suriya acted together. This was a movie directed by Vasanth in 1997. This movie was Produced by Mani Ratnam. Starring Vijay, Suriya, Simran, Kausalya and Raghuvaran.

Vijay and his family join as workers in Kushboo’s house who hate men in general because Vijay falls in love with Kusbhoo’s sister. Directed by K. S. Ravikumar in 1999, starring Vijay, Manivanna, Rambha and more.

Starring Vijay, Simran, Manivanna, Dhamu and Vaiyapuri. Directed by Ezhil in 1999, this movie is about a hero named Kutty, who helps the heroine who lost her vision because of him.

Starring Vijay, Suvalakshimi, Sanghavi, Raghuvaran and Manivanna, this movie was directed by A. Venkatesh. This movie was released in 1998.

Released in 1998, this movie was directed by Vincent Selva. Movie about Hero from a rich family falls in love. However he lied to the girl about his identity to get close to her.

Starring Vijay, Sivaji Ganesan, Simran and Saroja Devi. This movie was directed by Vijay’s father S. A. Chandrasekhar in 1997.

A. Venkatesh’s direction in 1996, this movie was starring Vijay, Manivanna, Senthil, Swathi and more. Movie about a hero who takes risks to save a minister’s daughter from a terrorist group who kidnaps her and the trouble he faces after that. 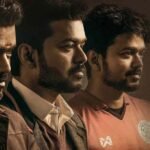 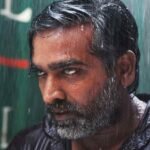