After a big blockbuster of Chandramukhi by P. Vasu and Rajinikanth’s combo, they joined together for Kuselan, however this was a major flop for both of them. Released in 2008, this was one of the big flop in Rajinikanth’s career.

With an almost 110 crore budget, this movie was supposed to attract kids, but it was a flop for the producer. Directed by Chimbu Devan and starring Vijay, Shruti Haasan, Hansika Motwani, Sridevi and Sudeep.

Released in 2007, it was another biggest flop Ajith that time. Directed by Chella Ayyavu, with the casting of Ajith Kumar, Asin, Lal, Keerthi Chawla and more.

Poor screenplay and making of it was the reason behind this biggest flop in box office as well as critics for Dhanush. Prabhu Solomon’s inspired Hollywood movie, Thodari was definitely one of the worst movies in Dhanush’s career. Released in 2006.

This was made in duo-language (Tamil & Telugu), everything about this movie was bad. We are not sure, how come Trisha committed in this movie in the first place. Released in 2016, this was Trisha’s biggest flop in her cinema career.

One of the most expected movies for Selvaraghavan + Suriya fans, NGK was the biggest disappointment for them. Due to high expectations of fans as Selvaraghavan’s another political movie after Puthupettai. Released in 2019 starring Suriya, Rakul Preet Singh, Sai Pallavi, Ponvannan and more.

Very poor story-line, illogical screenplay and poor performance, this movie triggered anger among Vikram and Samantha’s fans. Directed by Vijay Milton, this was released in 2015.

Probably Simbhu’s most trolled movie in his career. Directed by Adhik Ravichandran, this movie was released with huge controversy – issues with Simbhu and crew. However this was one of the worst movie released in 2017. 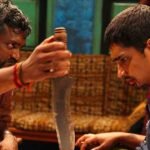 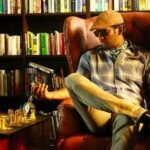