This is probably one of the all time favourites for many. Released in 2006, starring Dhanusha, Sonia Agarwal, Sneha, Vijay Sethupathi. The story is about how a young boy turned into gangster and stepped up as a politician.

This set a benchmark for proper gangster movies after it was released. It was a major blockbuster and one of the important movies in Rajnikanth’s career. Directed by Suresh Krisha, this was released in 1995.

Even though this is a remake of Rajinikanth’s Billa, with fresh screenplay and movie making, this definitely caught a lot of attention when it was released. This was released in 2007 starring Ajith, Nayanthara, Rahman and more.

This Rajiikanth’s movie created huge expectations before it was released in 2016, however director Pa. Ranjith failed to fulfil fans. Starring Rajinikanth, Radhika Apte, Dhansika and more.

Karthik Subbaraj’s smart screening play was a major win for this movie. It is about a director who tries to research a gangster for his dream film. Somehow he was caught and the twist after that was unexpected.

Second movie in this list for Ajith. Story about lead character work for his gangster brother, and it turns sour between them. Starring Ajith Kumar, Laila, Suresh Gopi, Nagma, this movie was released in early 2001.

Simbhu’s Thotti Jaya was another flop movie in his career. The story is not strong enough to satisfy his fans. However the songs directed by Yuvan Shankar Raja in this movie were hit. 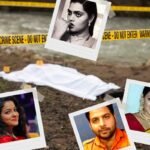 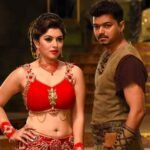