Physically challenged phone booth operator name Chinna, falls in love with a blind dancer and help her regain her eyesight. On the other hand, another Suriya is Kartik,, is a constable in love with the commissioner’s daughter also another Jyothika. Movie was released in 2004, directed by Sasi Shanker cast Suriya, Jyothika, Vijay, Manorama.

During an investigation, the police find two suspects who look alike but do not know each other. Story goes on with lots of twists and turns. This movie was directed by Magizh Thirumeni and starred Arun Vijay, Vidhya, Tanya Hope and Yogi Babu.

A loyal servant and his boss fall in love with the same girl. That cause the servant was forced to leave the place. Later find out that servant’s boss was the actual boss. Movie directed by K. S. Ravikumar, starring Rajinikanth, Meena, Sarath Babu, Vadivelu, which was released in 1995.

Directed by T. Prakash Rao and starring Sivaji Ganesan, M. N. Nambiar, Thagavelu. The Story of a queen who gives birth to twins and forced abandoned one. He grows up as a kind and honest man, and the other twin end up greedy and arrogant.

Story about two brother, one of them was deaf and mute. This deaf and mute secretly fall in life with his brother’s wife for sexual reason. Movie was released in 1999 directed by S. J. Surya. Starring Ajith, Simran, Jyothika, Vivek.

Story about grandma of the girl lied to father of twins that her grand, who wanted to marry his son to marry twins only that, her grand daughter is actually twins as well. Directed by Shankar in 1998, starring Prasanth, Aishwarya Rai, Nassar, Lakshmi.

Story about gangster dad and the son who is a footballer, gave up on his dream after his father’s death. However, he was convinced to become a coast for a women’s football team. Released in 2019 and directed by Atlee.

Directed by MGR himself and acted by him. This was a major successful blockbuster back then. This was a remake from a Hollywood movie. Movie was released in 1958 and starring M. G. Ramachandran, P. S. Veerappa, M. N. Nambiar, P. Bhanumathi.

Acted by Vikram as dual role. This movie was released in 2016 and directed by Anand Shankar. This was a major flop movie in Vikram’s career even though it eagerly waited by Vikram’s fans. Starring Vikram, Nayanthara, Nassar, Nithya Menon. 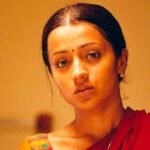 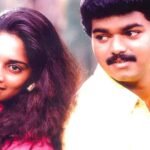