K. S. Ravikumar + Crazy Mohan + Kamal combo. Another one to join this group is Jayaram. He was in Panchathanthiram as well. Another good comedian. This was written by Crazy Mohan inspired by the Hollywood movie What about Bob? This movie was released in 2000.

Two current superstars Vijay and Ajith acted together back then in this movie! Movie was directed by Janaki Soundar in 1995. Story about Gowri, a rich man’s daughter, loves Raja, whose financial background is not too stable. When she approaches him, he rejects her proposal because of his friend Chandru’s tragic love affair.

Directed by Lingusamy in 2012, this movie music was composed by Yuvan Shankar Raja. Madhavan and Arya acted together in this movie as brothers. Along with Sameera Reddy, Amala Paul and Ashutosh Rana.

Released in 2019, this movie was directed by PS Mithran. Story about a young man helps a student exhibit her invention at an educational fair. However, when they both are falsely accused of a patent violation, he sets out to prove their innocence. Starring Sivakarthikayen, Arjun, Kalyani Priyadarshini, Ivana and more. 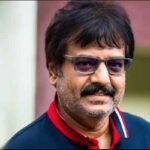 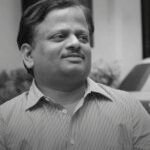