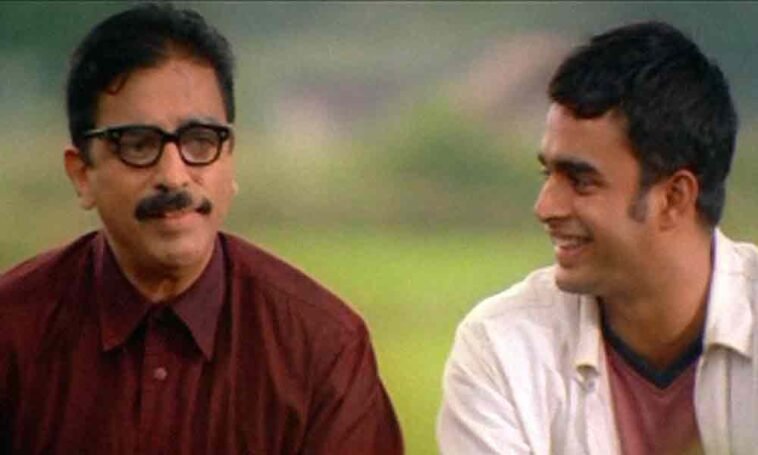 One of the most underrated movies. With a really good story-line this movie is Love is God. Kamal Hassan and Madhavan acted together in this movie. Along with Kiran Rathod, Nassar, Santana Bharathi and more. Movie was released in 2003. And music composed by Vidyasagar.

One of the few movies Rajinikanth and Kamal Hassan acted together. This is the last movie they acted together, then they decided not to act together with mutual understanding. This movie story about Murali’s family takes care of Prabhu, an orphan, and gets him employed in their company. When Prabhu and his lover, Padma, drift apart, Murali gets engaged to the same woman. Starring Rajinikanth, Kamal Hassan, Jayachithra, Sripriya and Santhana Bharathi. Directed by Sridhar in 1978.

With Mani Ratnam directing, Karthik and Prabhu acted together in this movie. Along with Amala, Nirosha and Vijayakumar. Story about two step sons in diff profession. One is police and another one turns into a goon. The conflict they face is the rest of the story. Movie was released in 1988.

Story about Two boys grow up being influenced by each other’s respective fathers. While one becomes a singer, the other becomes a local goon. Incidentally, both love the same girl in college. Ajith and Vikram acted together in this movie. Along with Maheswari, SP Bala, Raghuvaran and more. Directed by Karthik Raja in 1997.

Seventh movie in this list with combo of Crazy Mohan & Kamal Hassan. However this movie was not that blockbuster but it did make some decent collections. Starring Kamal Hassan, Simran, Abbas, Sneha, Manivannan, Ramesh Khanna, Vaiyapuri and more. Directed by Moulee and screenplay by Moulee and Crazy Mohan.

Two legends – MGR and Sivaji Ganesan, in the same movie. This movie was directed by TR Ramanna in 1954. Story about Mangala’s husband is sent to prison on a false charge, she, being poor, is targeted by Jeeva who approaches her under the pretext of helping her, but wants sexual favours from her. 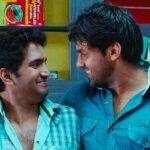 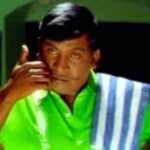