These are our favourite picks of Thalapthy Vijay’s movies that were released from 2000-2009. This list is in no particular order.

Released in 2001, this movie was directed by Siddique. Story about Three thick friends, face many complications after one of them falls in love. Due to various reasons by spreading lies and creating misunderstandings amongst them. Starring Vijay, Suriya, Ramesh Khanna, Vadivelu, Devayani, Vijayalakshmi and more. Movie was a huge hit in Vijay and Vadivelu life.

Milestone movie in Thalapthy Vijay’s movie. This huge hit movie was a remake from Telugu movie and Tamil version released in 2004. Starring Vijay, Trisha, Prakash Raj, Ashish Vidyarthi and more. Story about Vijay, a Kabaddi player, rescues Trisha from Prakash Raj, a powerful man keen on marrying the girl against her wishes.

Directed by Perarasu in 2005, this movie was a good hit. Starring Vijay, Asin, Prakash Raj and more. Music composed by Srikath Deva and background scores by his father Deva.

Vijay, a criminal who does dirty jobs for money, falls in love with Asin who hates his violent nature. His true identity is revealed after a few incidents. Starring Vijay, Asin, Prakash Raj, Nassar, Vadivelu and more. Movie was directed by dance master Prabhu Deva in 2007.

Directed by B Babusivan, in 2009, this movie cast were Vijay, Anushka Shetty, Salim Ghouse, Srihari and more. Story about a hero, who aspires to become a police officer. He gets into a serious fight with a gangster while trying to help one of his friends.

This kickboxing based movie was released in 2001 with direction of P. A. Arun Prasad. Starring Vijay, Bhumika Chawla, Monal, Riyaz Khan, Dhamu, Vivek, Kitty and more.

Starring Vijay, Richa Pallod, Meena, Devan, Vivek and more. This movie was released in 2001 with direction of KS Ravi. Story about a young man who gives love advice to others, helps one of his friends for his love. However, he later realises that she is the woman he loves. Movie with good songs, composed by Mani Sharma.

Another movie with Perarasu, this time he joined the cast of Vijay, Trisha, Malika, Kota Srinivasa Rao, Pasupathy, Livingston and more. Movie was released in 2005. Movie’s songs were composed by three music directors – Mani Sharma, China and Devi Sri Prasad. 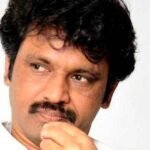 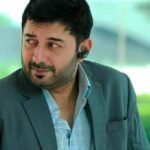