Almost with a perfect story line and screenplay, this movie won big at the box office as well as critics. Best performance by Jayam Ravi and Arvind Swamy. A must watch investigation movie. Directed by Mohan Raja was released in 2015.

Directed by San Ramani in 2011, this movie is about Siva is a hardworking fisherman whose brother, Ashok, is a notorious lawyer and womaniser. When he kills a girl, Siva drags him to court. However, Ashok uses his skills to get himself out. Starring Jiiva, Divya Spandana, Santhanam, Honey Rose and Pandu.

Director Mysskin’s second movie. Another successful blockbuster in his second movie itself. Story about Satya and Kiruba are friends. Satya is reckless and gets into drinking and violent fights whereas Kiruba studies hard to become a Sub-Inspector. Tables are turned when Satya becomes a Sub-Inspector. Starring Narain, Prasanna, Ajmal Ameer, Vijayalakshmi, PAndiarajan and more. Movie was released in 2008.

Directed by Karthik Subbaraj, acted by Rajinikanth, Nawazuddin Siddiqui, Malavika Mohanan, Simran, Sasikumar, Trisha and more. Story about in a bid to save Anwar, his best friend’s son, hostel warden Kaali, stands up against the local goons. However, everything goes haywire when Kaali is forced to face his past. Movie was released in 2019.

This horror fantasy movie was directed by Gokul. Starring Karthi, Nayanthara, Sri Divya, Vivek, Madhumitha and more. Story about a fraudster, gets locked inside a haunted house together with his family. Movie was released in 2016.

Ajith acted in dual roles as hero and villain in this movie. Directed by SJ Surya, this movie was a huge hit when it was released in 1999. Deva, a man with a hearing and speech impairment, secretly loves his twin brother’s wife, Priya. He tries his best to separate the two, to the extent of following them on their honeymoon. Starring Ajith, Simran, Sujitha, Jyothika as guest roles, Vivek and more. 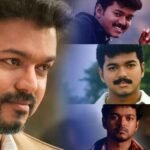 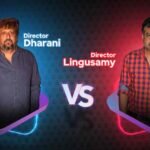