This remake of Kavaludaari, a Kannada movie which was released in 2019. Sibiraj, a traffic policeman who wishes to work on criminal cases. Later he stumbles upon three skeletons and decides to investigate the matter. Starring Sibiraj, Sampath Maitreya, Suman Ragunath and more. Directed by Pradeep Krishnamoorthy and story by Hemanth M Rao. Movie released in 2021.

Released in 2017 with the cast of Sibiraj, Varalaxmi Sarathkumar, Anandraj, Sathish and Yogi Babu. Story about Sibiraj helps his ex-girlfriend find her missing daughter. This thriller crime movie was directed by Pradeep Krishnamoorthy.

A police officer starts an investigation on a missing newborn baby. However he discovers the case is much larger than he expected. Starring Sibiraj, Natarajan, Riythvika, and directed by U. Anbarasan.

Released in 2017, this movie was directed by Mani Seiyon. Story is about Sibiraj being considered unlucky by everyone. Meanwhile, Kattappa, a lucky goldfish gets stolen from its owner and lands in Sibiraj’s house and brings good luck to him.

Acted by father and son – Sathyaraj and Sibiraj, this Horror/Comedy movie was released in 2016. Story about a policeman taking a challenge to spend a night in a haunted bungalow and the troubles he faces throughout the night. Starring Sibiraj, Sathyaraj, Karunakaran, Bindu Madhavi and Rajendran. Movie was directed by Dharani Dharan.

Starring Jiiva, Sibiraj, Hansika Motwani, Manobala, Yogibaby, Munishkanth and more. This is the first movie Sibiraj played in a negative role. Movie directed by Ramprakash Rayappa and released in 2016.

Directed by Shankti Soundar Rajan, this movie about a policeman, takes the help of a trained military dog in finding out the whereabouts of his wife after she was kidnapped. Starring Sibiraj, Manobala, Arundhati, Mayilsamy and more. Movie was released in 2014.

Starring father and son (Sathyaraj and his son Sibiraj), along with Vadivelu, Kushboo, Nikita Thurkral and more. This movie was directed by Lakshmipriya.

Another football movie in this sports segment. Directed by Prabhu Solomon, this movie was released in 2007. Sadly this movie was not a huge success for the team. Starring Sibiraj, Prakash Raj, Meera Chopra, Vidarth and Pandi. 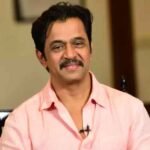 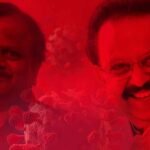