Released in 2019, this movie was directed by PS Mithran. Story about a young man helps a student exhibit her invention at an educational fair. However, when they both are falsely accused of a patent violation, he sets out to prove their innocence. Starring Sivakarthikayen, Arjun, Kalyani Priyadarshini, Ivana and more.

Thirumoorthy is a corrupt politician who plans to kill the prime minister as he lusts after his position. However, Sekhar, a young police officer, creates hurdles in his path. Starring Arjun, Rambha, Meena, Vijayakumar and more. This movie was directed by CV Sasikumar in 1996.

This action pack is purely in this list for the climiax. Not a sad movie overall, however the climax will make anyone tear. Story about two sincere policemen who catch a dreaded terrorist, who threatens to kill his family. However the hero chose duty over his family. Starring Kamal Hassan, Arjun, Gautami, Nassar was released in 1995.

Directed by Mani Ratnam and story by Jeyamohan. Starring Gautham Karthik, Arjun, Arvind Swamy, Thulasi Nair and more. This was Arjun’s first movie in negative role. Movie was released in 2013.

Released in 2001, this movie stars Arjun, Sakshi Shivanand, Divyaa Unni, Vineeth, Goundamani, Senthil, Mumtaj and more. Story about Vijay and Sanjay become best friends after Vijay saves him from a tragedy. When he learns that Sanjay has filed for divorce, he takes it upon himself to unite the couple. Directed and screenplay by Arjun himself and music composed by Vidyasagar. 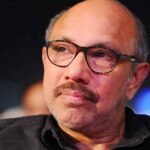 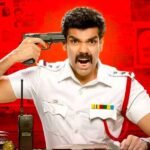