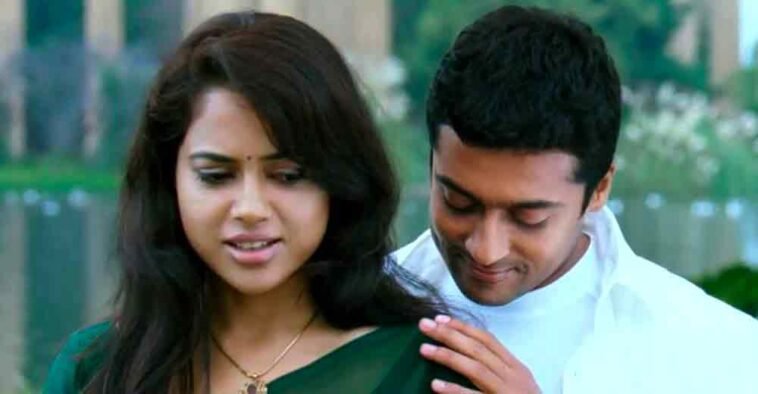 Movie about a guy who is in love with his childhood love, Mynaa. The girl’s family, against their love, make them run away from the house. Along the way, they face tonnes of problems. However the hero will find his lover has died at the end of the movie. Directed by Prabhu Solomon, cast Vidharth, Amala Paul, Thambi Ramaiah.

Movie about a group of gangsters, who turns against the hero who was their own gang member after he decides to give up gangster life and lead a normal life. However the heroine will be killed first later the hero will die as well. Starring Vikram Trisha, Prakash Raj and more.

Story about a mentally-disturbed man, imagines a fictitious character of a woman to be his future wife. He sees a girl in a temple and assumes that she is his imaginary love and kidnaps her. He will later die with his love of his life. Starring Kamal Hassan, Roshini, Janagaraj, directed by Santhana Bharathi in 1991.

Story about 5 friends back in the 80’s in Madhurai. However when they failed to make a crime and had to face the consequences and problems. Later on, Jai will be killed in the movie. Starring Jai, Sasikumar, Swathi, Ganja Karuppu, this movie was released in 2008. Directed by Sasikumar himself.

Dual role by Kamal Hassan, this movie was directed by K. Balachander in 1986. Story about Sethu and Ranjini are lovers who attempt suicide but Sethu survives and Ranjini (Rekha) dies. That incident sent him to prison for a year. Upon his release, he becomes a dance instructor where a student, Malini, falls in love with him. Starring Kamal Hassan, Rekha, Revathi, Delhi Ganesh and Srividya.

This is more like a sports movie, however it involves the father of the hero, who was a gangster, hence end up in this list. That father Vijay will be killed in a fight scene. Starring Vijay, Nayanthara and Yogi Babu.

Karnan, Kunti’s first-born son with Surya, is unaware of his ancestry. When Duryodhana, the Kaurava crown prince, goes to war against the Pandavas, Karnan unknowingly fights his own brothers. Sivaji as Karnan will die in this movie. Movie was directed by B. R. Panthulu in 1964.

Even though this is a remake of Rajinikanth’s Billa, with fresh screenplay and movie making, this definitely caught a lot of attention when it was released. The gangster Ajith dies, and will be replaced by innocent Ajith. This was released in 2007 starring Ajith, Nayanthara, Rahman and more. 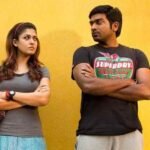 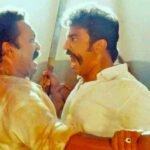