Story about 5 friends back in 80’s in Madhurai. However when they failed to make a crime and had to face the consequences and problems. Starring Jai, Sasikumar, Swathi, Ganja Karuppu, this movie was released in 2008. Directed by Sasikumar himself.

Directed by Award-winning director Rajashree, this story is about a woman’s life. A village with female infanticide is a common practice. When the sister seek for justice of her murder of newborn child. Released in 1994, starring Rajashree, Maheswari, Raja, Saranya Ponvannan.

Released in 2016, directed by Raju Murugan, this movie won many’s heart. Even though it wasn’t a commercial success, but this movie gained very good critics. Amazing performance by Guru Somasundram, one of the under rated actor, along with Ramya Pandiyan, Gayathri.

Plot is about a young college friends gets intimate during an overnight trip. Soon, the girl finds out that she is pregnant and they struggle to hide it from their family. Things get very sad in the end. Released in 2013, movie was directed by Suseenthiran and starring Santosh Ramesh, Manisha Yadav.

It was a feel good movie in the beginning, however this change after two buses crashes head to head that causes a lot of deaths. Including the lead characters. The realistic making of the accidents will make us sit at the edge of seat and the climax will make us cry for sure. Starring Jai, Anjali and Ananya. This movie was directed by M Saravanan in 2011.

Tamanna dislike her new college, but as time pass, she makes good friends. However things change during a college trip when best friend was killed in politic riot. Movie was directed by Balaji Sakthivel in 2007.

Released in 1977, directed by Bharathiraja, was a blockbuster hit back then. Starring top stars Kamal Hassan and Rajinikanth along with Sridevi, Goundamani and Ganthimathi. Story about sixteen-year-old Sridevi who falls in love with a doctor who take advantage and cheat her. Later Kamal Hassan who acted as Chappani will take care of Sridevi after that.

Another brilliant performance by Vikram, as a blind person. This movie was released in 2001. Directed by Vinayan, this movie is about a blind man struggles to get back his vision along the way, his girlfriend and sister was cheated by the village head. Starring Vikram, Kaveri, Kavya Madhavan, Manivannan.

Story about a village girl, is madly in love with Srikanth, her cousin. Then she decides to sacrifices her love for the sake of his happiness. Directed by Sasi in 2008, this movie starring Parvathy, Srikanth.

Check out the Part 1 here. 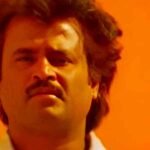 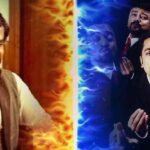