Another pattern of family movies with the same 3-brothers story. However this movie is about the things they go through for their only sister. And the struggles she goes through after the marriage is the story all about. Released in 2001 and starring Sarathkumar, Murali, Manoj, Gaundamani, the movie was directed by K.S. Ravikumar.

Released in 1998, this movie starred Sarathkumar, Vijayakumar, Simran, Senthil, Ranjith, Manorama and more. Vijayakumar is rich man and his daughter Simran, accuses a loyal servant (Sarathkumar) of attempting to rape her and sends him out of the house. However, she later reveals that she had falsely accused him as she had hated his father. Directed by KS Ravikumar.

This movie is famous for meme lovers, especially the line “sapdirangala friend”. Story about a couple who become successful after being chased out by the hero’s father. Released in 1997, the movie was directed by Vikraman, with the cast of dual roles Sarathkumar, Devayani, Radhika.

Another movie trolled by Tamil fans. To begin with, the title itself was so silly. Starring Sarathkumar, Napoleon, Suhasini Manitranam and more, this movie was directed by JPR in 2017.

Not directly a caste based movie. However there are scenes where it touched on caste systems. Story about a village head, who is revered by all, leads a content life with his family. Starring Sarathkumar, Vijayakumar, Meena, Goundamani, Senthil and more.

Story and direction by A Venkatesh in 2004. This movie about a military officer cripples his arch-enemy for killing his friend and escapes with his sister. Starring Sarathkumar, Namitha, Vadivelu, Mayoori, Vincent Asokan, Ashish Vidyarthi and more.

This was the first Tamil movie for the lady superstar. She looked chubby in that movie compared to now. However she proved in that movie with her acting skill. Directed by Hari and released in 2005. Movie stars Sarathkumar, Prakash Raj, Vadivelu along with Nayanthara. 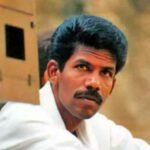 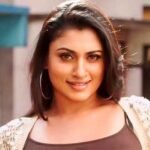