Starring Ashok Selvan, Priya Anand, Bala Saravanan, Anupama Kumar and more. This movie is about an average student who falls in love with a class topper. And how the hero changes his life and wins in his love. Directed by TJ Gnanavel in 2017.

Released in 2014 with Anand Shankar’s direction, this movie is about Priya Anand is mysteriously abducted and how the hero saves her. Starring Vikram Prabhu, Priya Anand, Yog Japee, Arjunan and more.

Directed by the female director, Kiruthiga Udhayanidhi, this movie was produced by Udhayanidhi’s company Red Giant Movies. Starring Shiva, Priya Anand, Santhanam, Rahul Ravindran and more. Story about Shiva and Priya Anand who end up sharing the same apartment. Love blossoms between the two while they attempt to catch Santhanam.

Released in a few languages, this movie is about a housewife who made fun of her family members for not knowing English. Then she attempts to learn the language. Starring Sridevi, Priya Anand, Mehdi Nebbou, Adil Hussai and Navika Kotia. Movie was released in 2012.

Directed by Jayendra Panchapakesan in 2011. Starring Siddharth, Priya Anand, Nithya Menon, Moulee and more. Dr Ajay learns he has cancer and he only has 6 months left to live. He runs away from his wife and lives his remaining life helping others.

Released in 2009, this movie was the debut film for Priya Anand. Starring Jai, Priya Anand, Raai Laxmi, Santhanam and Rahman. Directed by I Ahmed and music composed by Yuvan Shankar Raja. 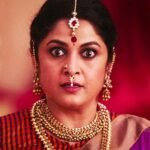 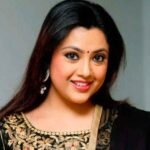