Directed by M Rajesh in 2009, this movie was a huge hit among youngsters. Santhanam gained huge fan followers from this movie only. Starring Jiiva, Santhanam, Anuya Bhagvath, Urvasi and more. Santhanam won best comedian for this movie in Vijay Awards.

Karthi’s very first dual role movie which was a remake from a telugu movie. One as a cop and another one as a small-time criminal who will take care of the police’s daughter he was killed by villain groups. Released in 2011, directed by Siva and acted by Karthi, Tamanna, Santhanam. Santhanam’s dialogue in this movie “kanna laddu thinna aasaiya” line became trendy after that.

Directed by Krish in 2011, this movie stars Simbhu, Bharath, Anuksha Shetty, Santhanam, Prakash Raj and more. Story about The lives of five individuals living in different places converge at a point, resulting in the transformation of their persona and purpose. Simbhu dies at the end of the movie. Santhanam played as “Tantana Tan” Seenu in this movie.

After huge success with Siva Manusula Sakthi, M Rajesh-Santhanam’s second project was this Boss Engira Bhaskaran. Without a surprise, this was an even better blockbuster hit. Santhanam played as Nallathambi in this movie and won best comedian in Vijay Awards for that year. Starring Arya, Nayanthara, Santhanam, Vijayalakshmi and more.

Movie was released in 2011 with Dharani’s direction. Velan hates his stepfather and his half-brother Balan. As a police officer, he makes an enemy in a local politician, who uses the hostility between the stepbrothers to fulfil his own nefarious plans. Starring Simbhu, Santhanam, Jithan Ramesh, Richa Langella, and Sony Sood.

Santhanam played as Vettupuli in this movie. Was another hit comedy in his career. Directed by Sundar C in 2012. This movie was a huge hit even though there were not any huge stars in this movie. Starring Shiva, Vimal Anjali, Oviya, Santhanam and more.

Story about a couple, who dislike each other, are forced to get married and lead troubled lives (similar story as Mouna Ragam). The director was trolled on social media to steal the story without giving credits to the original makes. Starring Arya, Nayanthara, Jai, Nazriya Nazim, Santhanam and directed by Atlee. Santhanam will appear in two get ups in this movie and his fans loved it.

This franchise movie is released in Sundar C. and acted by himself as well. The same story all the franchise, a family return to their hometown bungalow and experience paranormal activities due to an unsatisfied soul was killed in the past. Starring Sundar C., Vinay, Andrea Jeremiah, Hansika Motwani, Santhanam.

Third movie in this list with Sundar C – Santhanam comedy. Story about Three brothers returning to their native village to mend the relationship between their estranged father and his sisters. However, to unite the family, the brothers are told to marry their cousins. Starring Vishal, Hansika Motwani, Ramya Krishnan, Santhanam, Prabhu, Vaibhav, Satish and more. 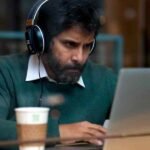 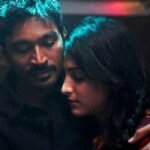