This is based on a true story about a sales girl and sales boy who works in a saree store in Chennai. They were tortured by the place manager. They fall in love and get married. But tragedy strikes in an accident and she will lose her leg. Directed by Vasanthabalan in 2010, starring Mahesh, Anjali, A. Venkatesh, Pandi.

Directed by Jeeva and this movie was released in 2007. Story about the lead role Karthik meets Deepika during a flight to Melbourne and they become friends. On reaching Australia, Karthik realises that Deepika works in the same firm as his ex-lover Jhansi. Starring Vinay Rai, Tanishaa Mukerji, Sadha, Raju Sundaram and Srinath.

Starring Vijay, Simran, Manivanna, Dhamu and Vaiyapuri. Directed by Ezhil in 1999, this movie is about a hero named Kutty, who helps the heroine who lost her vision because of him.

Starring Meena, Arjun Sarja, Ramesh Aravind, Ramya Krishnan and Jyothika, the story goes as Karthik, a photographer-editor, meets Chitra while opening a bank account. Following a few subsequent encounters, they learn about the death of each other’s spouses and contemplate remarriage. Directed by Vasanth in 2000. This movie won Filmfare Special Award (South).

Directed by Sasi, stars Livingston, Kausalya, Prakash Raj, Vivek and Karan. Story about Shwetha, a rich and kind woman, assumes that Nadaraj cannot speak and shows empathy towards him. When their friendship blossoms into love, Nadaraj faces an arduous task of confessing the truth.

Check out the first part here and part 2 here. 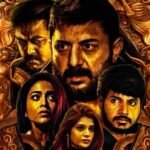 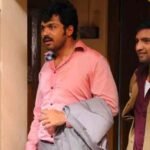