Successful young director Karthick Naren’s most awaited Naragasooran – a drama thriller movie is still yet to be released. However, according to reliable sources, it is said to be released in Amazon prime soon. Starring Aravind Swamy, Shriya Saran, Indrajith Sukumaran, Aathmikaa, and Aathma Patrick.

One of the most anticipated by not only Kamal Hassan’s fans, but the whole Tamil cinema lovers. This movie was started in 1997, with a grand opening by Queen Elizabeth. Was stopped making half way, due to financial issues. Directed by Kamal Hassan himself, starring Kamal Haasan himself, Vishnuvardhan, Sathyaraj, Nassar, Amrish Puri, Naseeruddin Shah and Pasupathy.

Another pending move of SJ Surya, movie was starred in the making in 2018, yet to be completed due to some issues. Starring SJ Surya, Wamiqa Gabbi, Sshivada, Amzath Khan and more. Iravaakalam is said to be a romantic thriller.

Directed by Selvaraghavan, this movie was finished with post production, yet to be released due to financial problems by the producer. Starring SJ Surya, Regina Cassandra, Nandita Swetha and Bobby Simbha.

Directed by Seenu Ramasamy – director of a lot of success films. Still struggling to release this movie even though the shoot was completed 3-4 years ago. Starring Vijay Sethupathi, Vishnu Vishal, Aishwarya Rajesh and Nandita Swetha.

Directed by Kona Venkat with the stars of Madhavan, Sadha, Sayaji Shinde, Sriman, Suni and more. This movie faced a lot of issues, including issues with the producer and actors. Later the producer tried to release this movie after dubbing using dubbing artists instead of the original actors. But failed to release due to legal issues.

Jointly produced by Mirchi Movies and East Coast Entertainment, who have given up film making business, are the reason why this movie was not released. Supposed to be a romantic-comedy movie, starring Sathya, Nagendra Prasad, Divya Spandana, Anuja Iyer and Devadarshini. Was directed by Milind Rao and music composed by Yuvan Shankar Raja.

Sundar C’s supposed to be a comedy riot movie was completed back in 2012 and supposed to release in 2013. However unable to reach the audience due to financial issues faced by the producer – Gemini Film Circuits. This is why Sundar C and Vishal joined in the movie Aambala. Madha Gada Raja acted by Vishal, Santhanam, Anjali, Varalaxmi, Sonu Sood and more.

Starring Arun Vijay and Karthika Hair, this movie was directed by Rathina Shiva. This movie was set to release in December 2015, however it was delayed due to some financial issues. It is expected that the movie will be released on OTT.

Starring Vimal, Richard, Aravind Akash, Remya Nembeesan, Vijayalaxmi, Iniya and more. This movie was written and directed by CS Amudhan. This movie was completed in shoot, still waiting for release for some unknown reasons. 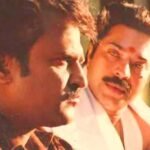 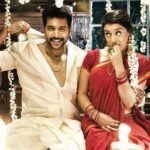