Remake of 3 Idiots which was released in 2009. Starred by Aamir Khan, Madhavan, Sharman Joshi and Kareena Kapoor. Tamil version was directed by Shankar in 2012 with the cast of Vijay, Ieana, Sathyaraj, Jeeva, Srikanth. Story about life journey of 3 friends.

Directed by Shankar and produced by KT Kunjumon. With the cast of Arjun, Madhoo, Subhashri, Charan Raj, Goundamani, and more. This movie is about a modern-day Robinhood, who steals from the rich to aid the poor. Movie was released in 1993.

Story about an veteran, who served in Indian Army during British ruling, lost his daughter because of corrupt officers. Then he will decide to kill each of them to make the country a corrupt-free country. Directed by Shankar, this movie was released in 1996, acted by Kamal Hassan, Manisha Koirala, Sukanya, Gaundamani.

Story about the grandma of the girl lied to the father of twins that her grandma, who wanted to marry his son to marry twins only that, her grand daughter is actually twins as well. Directed by Shankar in 1998, starring Prasanth, Aishwarya Rai, Nassar, Lakshmi.

Directed by Shankar, music is composed by AR Rahman. Starring Vikram, Amy Jackson, Open Patel, Kamaraj, Ojas Rajani and more. Movie about a bodybuilder’s life changes forever when he develops a hunchback due to an injection and decides to avenge his situation. Movie was released in 2015.

Released in 1994, this movie was acted by Prabhu Deva, Nagma, SP Balasubramaniam, Vadivelu and Girish Karnad. Story about a college student who falls in love with the governor’s daughter. And the problem they face is because of the girl’s father. Movie was directed by Shankar. Won a number of awards in the Filmfare Award that year. 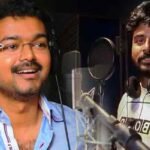