Story about friendship between college friends which turn into love and heartbreaks. Starring Asin, Arya, Shaam, Pooja and Laila. Directed by Jeeva and the movie was released in 2005.

Directed by KS Ravikumar, this movie was released in 1998. Starring Sarathkumar, Simran, Vijayakumar, Sujatha, Manorama and Senthil. Story about A rich man’s friendship with a loyal servant.

Released in 1996, this movie is about two best friends who fall for the same girl. This causes a clash between their friendship. Directed by Kathir and the movie was released in 1996. Starring Vineeth, Abbas, Tabu and more. Music composed by AR Rahman.

Story about four best friends, Pandi, Mangaa, Kona and Maari, live for each other and are vagabonds. They decide to go to Chennai after they are forced to leave their village for killing their president’s son. Starring Shammu, Ponvanna, Ravi Maria, GM Kumar and more. Directed by Nandha Periyasamy in 2010.

Five college friends promise to stay together even after completing their education. However, one of them hides from the others that he has been forced to marry a village girl. Starring Krishna, Prasanna, Vijayan, Kanika, Sandhya and more. Directed by Susi Ganeshan in 2002.

Directed by Shankar, this movie was a debut movie for many young stars. Starring Siddharth, Genelia D’Souza, Nakkhul, Manikandan, Bharath and Vivek. Story about five college friends who realize their past mistakes and fight to get success in life. Movie was released in 2003. Movie was a huge flop in Shankar’s career.

Starring Ajith, Prashanth, Pooja Bhatt, Devayani and Manivannan. This movie is about Ajith and Prashanth who are two best friends from their childhood. However, when Prashanth and Pooja get engaged, he learns about a terrible truth that threatens to break his friendship with Ajith. Directed by Pavithran in 1996. 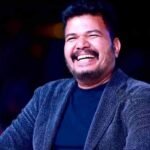