Directed by AL Vijay, this movie was acted by Vikram, Anuskha Shetty, Amy Jackson, Jagapathi Babu and Raai Laxmi. Movie was released in 2012. Story about a blind man (Vikram), uses his echolocation to investigate who was responsible for a series of bomb blasts in London that killed his loved ones.

Starring Vijay, Anushka Shetty, Salim Ghose, Srihari, Sathyan and more. This movie about Vijay, who aspires to become a police officer, often ends up getting into trouble with negative elements. He gets into a serious fight with a thug while trying to help his friend. Directed by Babusivan in 2009. This movie won a number of Vijay Awards including favourite hero, favourite heroine and music director.

This is a true definition of fantasy, a story about Madhu, a mathematician, becomes depressed after the unexpected deaths of his girlfriend and father. However, when he tries to commit suicide, his look-alike takes him to an unnamed exoplanet. Starring Arya, Anuskha Shetty, Venkatesh and more. This movie was directed by Selvaraghavan and released in 2013.

This is the part of Baahubali series. Directed by SS Rajamouli, this huge budget movie was acted by Prabhas, Anushka Shetty, Ramyakrishnan, Rana Daggubati, Tamannah, Nassar and more. Released in 2015 story about the kingdom of Mahishmati.

Starring Madhavan, Anushka Shetty, Reema Sen, Vadivelu, Madhavan and more. Directed by Sundar C in 2006, this movie is composed by D Imman. This was the debut film for Anuskha Shetty in Tamil. 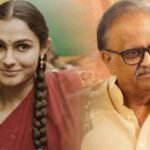 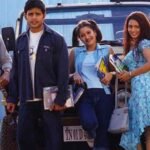