Directed by D Suresh in 2015, this thriller horror movie is about a heroine who lives with her six-year-old daughter after getting separated from her husband. Things become worse when the daughter starts hearing voices and gets attached to a ghostly. Starring Manoj Bharathiraja, Baby Sathanya, Shira Gaarg, Anjali Rao and Baby Srivarshini.

Directed by three directors (Krishna Sekar, Hair Shankar and Hareesh Narayan). This horror movie was released in 2010 with the stars of Vani Bhojan, Hair Shankar, Ajay and more.

Directed and screenplay by Thiagarajan. Acted by his son Prashanth along with Meena, Suhasini, Sarath babu and more. Story about a possessed apartment. Movie was released in 2004.

After Kamal’s friends accidentally kill a female serpent, another female serpent follows them and kills them one-by-one, before disguising herself into a human being to kill Kamal. Directed by Durai in 1979. Starring Kamal Hassan, Sripriya, Vijayakumar, MN Nambiar and Jai Ganesh.

Starring Ramya Krishnan, SS Chandra, KK Soundar, Raja and more. This movie was released in 1991 with the direction of Kalaivanan Kannadasan.

This underrated movie was directed by Naga in 2010. Story about a hero who escapes from the loan sharks, hide with his family at his ancestral home. However, things turn eerie when he feels the presence of ghosts in the house. Starring Nandha, Chaya Singh, Kalairani, Krishna and more.

Directed by Manobala, in 2002. This horror comedy movie was acted by Jayaram, Vadivelu, Kovai Sarala, Bhanupriya and more. 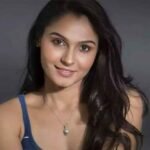 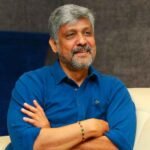