No need to be brief about Mahakavi Subramaniya Bharathiar. A famous poetic, a freedom fighter. Who went against caste and wanted everyone to live an equal life. Starring Sayaji Shinde, Devayani, Nizhalgal Ravi and directed by Gnana Rajasekaran in 2000.

Another underrated movie in this category. This is a movie with a strong message about the caste system. Directed, produced and acted by Vijay Kumar. This movie gained good feedback from reviewers. Starring Vijay Kumar, Mime Gopi, Sivakumar, Henna Bella and more.

Another good movie about the caste system. Directed by Rajiv Menon, this movie was released in 2019 with the cast of GV Prakash, Aparna Balamurali, Nedumudi Venu, Vineeth and Elango Kumaravel.

Another combo of K. Balanchader and Kamal Hassan released in the 80’s. Story about a social activist who is the son of a proud Carnatic musician who wanted his song to be like him. The clash between the father and son is portrayed brilliantly in this movie. Starring Kamal Hassan, Gemini Genesan, Seetha, Manorama and more.

This movie was released in 1999, and is about Iraniyan – played by Murali, a freedom fighter, who is convicted by the British, escapes to his village. When he learns that the people of his village are being oppressed by the landlords, he decides to save them. Directed by Vincent Selva.

A very good caste based movie which was directed by Bharathiraja in 1987. Vaidehi belongs to an orthodox Brahmin family and falls in love with Sankarapandi who is from a different caste. Their love is disapproved of by her father but is accepted by Sankarapandi’s family.

Directed by Suhasini Maniratnam, this movie was acted by Anu Hassan, Nassar, Arvind Swamy, Janagaraj and more. Not entirely out of caste, however it does have indirect elements of caste system in this movie.

Starring Lakshmi, Nizhalgal Ravi, Charle, Poornam Vishwanathan and Senthil, This is about Shankara fakes a lower-caste certificate for his daughter Gayathri, as he worries that she might not get entrance to university otherwise. Trouble begins when people discover her real identity. Directed by Jyothi Pandian in 1987. 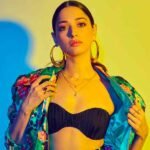 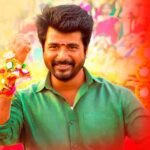