Movie with a huge cast, including Ajith, Tamannah, Santanam, Pradeep Rawat, Vidharth, Bala, Nassar, Atul Kulkarni, Avinash, Thambi Ramaiya and Appukutty. Movie about a good honest man, uses violence to settle crimes in town, but he mends his ways for his lover’s sake. However, gangsters targeted the lover’s family and the hero stands for the family. Directed by Siva in 2014.

Starring Prabhu Deva, Tamara, Sony Sood, Marli Sharma and RJ Balaji. This movie was directed by AL Vijay in 2016. Movie was a big blockbuster hit. Story about a village girl who was possessed by a spirit that wanted to become an actress.

Karthi’s very first dual role movie which was a remake from a telugu movie. One as a cop and another one as a small-time criminal who will take care of the police’s daughter he was killed by villain groups. Released in 2011, directed by Siva and acted by Karthi, Tamanna, Santhanam. Santhanam’s dialogue in this movie “kanna laddu thinna aasaiya” line became trendy after that.

This was a remake of the Bollywood blockbuster Jab We Met which was released in 2007, starring Shahid Kapoor and Kareena Kapoor. However, this was not a successful remake. Directed by R. Kannan, starring Bharath, Tamanna, Santhanam.

Veerapandi is a respectable landlord in Pandiyapuram, who is feared by his enemies. Selvam, his obedient son, tries to emulate him and supports him in opposing an irksome MLA. Directed by Suraj, this movie was acted by Dhanush, Tamara, Vivek, Suman and Atul Kulkarni. Movie was released in 2009. 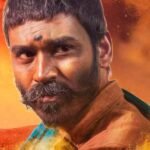