One of the most successful female director in Tamil cinema now. She directed two World-class movies, Irudhi Suttru & Soorarai Pottru, that put her in the most wanted director even in Bollywood.

Recently released, a movie about Captain GR Gopinath, who founded the low-cost airline, Air Deccan. The struggle he went through to start a low-cost airline. His inspiration Vijay Vittal Mallya (played by Paresh Rawal) who stole his idea and started his own low-cost airlines. (Read full story on Wikipedia). Released in 2020, directed by Sudha Kongara and starring Suriya, Aparna Balamurali, Urvashi, Paresh Rawal.

Directed by the female director, Kiruthiga Udhayanidhi, this movie was produced by Udhayanidhi’s company Red Giant Movies. Starring Shiva, Priya Anand, Santhanam, Rahul Ravindran and more. Story about Shiva and Priya Anand who end up sharing the same apartment. Love blossoms between the two while they attempt to catch Santhanam.

Gayathri and her husband directed a couple of movies. The biggest blockbuster hit was Vikram Vedha. Brilliant direction by Gayatri, Pushkar, this was the biggest hit in 2017, box office collection and critics. Acted by Vijay Sethupathu, Madhavan, Sharaddha Srinath, Varalaxmi and Kathir. The story is about puzzles between gangsters and police.

Directed two movies, Kochadaiyaan, a 3D movie which was a biggest flop and put Rajinikanth in trouble. However the most recent direction was Velai Illa Pattadhari 2 with her brother in law Dhanush as hero.

3: Directed by Aishwarya R. Dhanush and released in 2012. The story goes as Ram and Janani are high school sweethearts who eventually get married. However, Janani is mystified when Ram commits suicide all of a sudden and she tries to find out the truth behind his death. Starring Dhanush, Shruti Hassan, Sivakarthikeyan, Sundar Ramu, Gabriella Charlton, Prabhu and more.

Sillu Karupatti, an anthology of four romantic stories of different age groups were the only true thing binding them all together is LOVE. Brilliant direction by debut director Haleetha Shameem, and she gained good reviews from movie movies. 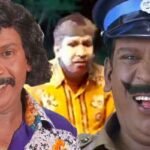 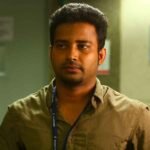