This movie was not a huge hit, however the songs in this movie was major hit. Music composed by Harris Jayaraj. Starring Shaam, Vivek, Trisha, Mayilsamy, Cochin Haneefa and more. This movie was released in 2002 and directed by Priyadarshan.

This action movie was directed by Dharani in 2001. Story about a police officer beats up a man for misbehaving with his girlfriend. That man turns out to be a corrupt police officer who later starts harassing Kanagavel and his family. Starring Vikram, Deepa Venkat, Vivek, Vijayan, Ashish Vidyarthi and Mayilsamy.

Starring Madhavan, Jyothika, Vivek, Delhi Kumar, Manivanan, Murali, VK Ramasamy, MS Bhaskar, Kalpana and more. Directed by Azhagam Perumal. Madhavan and Jyothika, who do not wish to marry, slowly start falling in love with each other. And all the drama happens along the way. Movie was released in 2001.

Remake from a Telugu movie – Thammudu (1999), the story goes when a kickboxer gets attacked by his enemies and ends up bedridden, his brother sets out to fulfil his dream of winning the kickboxing championship. Starring Vijay, Bhumika Chawla, Monal, Riyaz Khan and Vivek. Movie released in 2001. 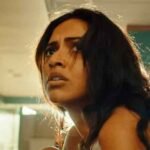 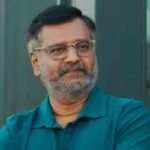