Three best friends (Sasikumar, Vijay Vasanth, Bharani) fight tooth and nail to unite their friend, Saravanan, with Prabha but an unfortunate incident changes the trio’s lives for the worse. Directed by Samuthirakani and was released in 2009.

Directed by GR Adithya and produced by Mysskin. This movie is about a funny hide and seek between a poor barber and a gangster. Casting Ram as the barber and Mysskin as the gangster, along with Poorna, Swathishta, Ashvatt, Supergood Subramani and more.

Directed by Vignesh Shivan in 2015, this movie about gangster-wanna be younger, falls in love with Nayanthara, who played as a hearing impairment. She agrees to have a relationship with him only if he helps her kill a gangster who murdered her father. Starring Vijay Sethupathi, Nayanthara, RJ Balaji, Anandraj, Rajendran and Parthiban.

Story about a reserved type detective, who is involved in the investigation of a kids’ pet dog. However, his investigation led to more larger crimes involving deadly assassins. Movie was released in 2017, which was directed by Mysskin and acted by Visha, Prasanna, Vinay, Andrea Jeremiah. 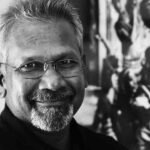 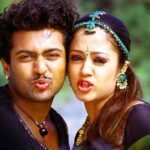