This blockbuster movie was directed by SJ Surya, in 2000. Starring Vijay, Jyothika, Mumtaj, Vivek, Vijayakumar and more. College friends Jenny and Shiva part ways due to a misunderstanding. Despite being in love and realising that they cannot live without each other, their egos prevent them from uniting.

Story about two childhood family friends, end up falling in love. Meanwhile a misunderstanding leads to a rift between their families. Starring Ajith, Jyothika, Sivakumar, Nagesh, Vivek and Kovai Sarala. Directed by Ezhil and this movie was released in 2001.

Starring Madhavan, Jyothika, Vivek, Delhi Kumar, Manivanan, Murali, VK Ramasamy, MS Bhaskar, Kalpana and more. Directed by Azhagam Perumal. Madhavan and Jyothika, who do not wish to marry, slowly start falling in love with each other. And all the drama happens along the way. Movie was released in 2001.

Starring Suriya, Jyothika, Jeevan, this movie was released in 2003. One of the finest direction by Gautham Menon. Story about a sincere and strict police officer, succeeds in killing a dreaded gangster but Pandya, the gangster’s brother, kills Maya, Anbuselvan’s wife. 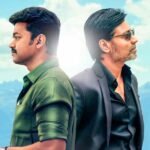 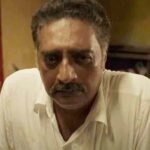