Starring Charan, Aari Arjuna, Navya Nair, Prakash Raj and Seemann, this movie is about a village girl, who can see what others do not and her predictions always come true. However, she sets out to investigate the illusions, which leads her to disturbing truths. Directed by TV Chandran, and this movie was released in 2008.

Story about a father who is desperate to turn his brilliant son into a sensation. However, he pushes him into a psychological breakdown instead. Starring Roshan, Priya Lal, Aadukalam NAren, Meera Krishna, Singampuli and more. Directed by Suseenthiran and produced by the hero himself.

Story about a son of a construction business owner who falls in love with his neighbour’s daughter. His life gets in danger when he learns that her father is a criminal. Starring Sivakarthikayen, Athmiya, Ravi Maria, Singampuli and more. Movie was released in 2012, with the direction of Ezhil.

Another family oriented movie which was acted by a group of directors. Story about clashes between two brothers over a property and the matter becomes serious when the son of one of the brothers takes revenge on his family. Released in 2009, directed by Rasu Madhuravan and acted by Manivanan, Ponvannan, Seeman, Tarun Gopi, G. M. Kumar.

Check out the part of 10 Famous Movie Directors Who Are Also Great Actors here. 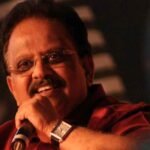 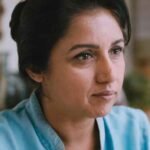