Here is our pick of Top 10 Best movies of 2022 in Tamil cinema. These list based on success, critics and most celebrated movies among move lovers.

Record breaking hit with huge collection in 2022, this movie was directed by one of the successful director Lokesh Kanagaraj with three mega stars – Kamal Hassan, Vijay Sethupathi and Fahadh Faasil. Story about a special agent investigates a murder committed by a masked group. There will be a part two and more movies in Lokesh Kanagaraj universe. Along with these three stars – there are Gayathrie, Swathishta, chemban Vinod, Santana Bharathi, Elango Kumaravel, Narain and more. Special apprearance by Suriya as Rolex.

Brilliant story, screen play and direction by Gautham Ramachandran. Starring Jai Pallavi, RS Shivaji, Kaali Venkat, Saravanan, Kavithalayaa Krishnan, Kalesh Ramanand, Jaya PRakash, Livingston and more. Story about Sai Pallavi as a school teacher tries to prove her father (RS Shivaji) innocence, after he was accused of molesting an underage child, with the help of a junior lawyer who has little experience in court. And major twist in the end. Movie was released in 2022.

Released in 2022, this movie about Sivakarthikayen reminisces his good old college days and thinks about how he managed to find his purpose and get his life together. Directed by Cibi Chakravarthi and music composed by Anirudh Ravichander. Starring Sivakarthikayen, Priyanka Mohan, SJ Surya, Samuthirakan, Shivaangi, Soori, Manobala, Munishkanth, Kaali Venkat and more. This hilarious movie was a blockbuster hit.

Pradeeo Ranganathan’s second movie as director and debut film as an actor. He scored in both department and the movie was mega hit and huge profit for the producer. This hilarious movie was starring Pradeep Ranganath, Ivana, Raveena Ravi, Yogi Babu, Akshaya Udayakumar, Raadhika Sarathkumar, Ajeedh and more. Movie was released in the end of 2022.

This was one of the underrated movie in 2022. Good story with brilliant performance by the cast, this movie was directed by Tamizh. Starring Vikram Prabhu, Lal, Mitish Veera, Madhusudhan Rao, MS Bhaskar, Anjali Nair and more. Movie was released in 2022. 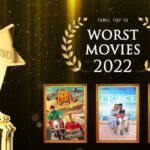 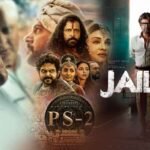