Record breaking hit with huge collection in 2022, this movie was directed by one of the successful director Lokesh Kanagaraj with three mega stars – Kamal Hassan, Vijay Sethupathi and Fahadh Faasil. Story about a special agent investigates a murder committed by a masked group. There will be a part two and more movies in Lokesh Kanagaraj universe. Along with these three stars – there are Gayathrie, Swathishta, chemban Vinod, Santana Bharathi, Elango Kumaravel, Narain and more. Special apprearance by Suriya as Rolex.

Story about a young low-caste village boy played by Simbhu who travels to Mumbai to earn a living and to study. His quest takes him on a series of unexpected events, where he gets involved in the underground activities of Mumbai’s Tamil gangsters. Directed by Gautham Vasudev Menon and music composed by AR Rahman. Starring Simbhu, Siddhi Idnani, Kayadu Lohar, Neeraj Madhav, Raadhika Sarathkumar, Siddique, Jaffer Sadiq, Appukutty and more. Movie was released in 2022.

Another Arun Matheswaran’s thriller drama movie was released in 2022. Brilliant performance by Keerthy Suresh and Selvaraghavan. Story about Keerthy Suresh taking revenge and seek for justice with violence. Among them other cast are Kanna Ravi, Lizzie Antony, RK Vijaimurugan, Vinoth Munna, RJ Murugan and more.

Released in 2022, this movie was directed by Hari with the cast of Arun Vijay, Priya Bhavani Shnkar, Ammu Abhirami, Ramachandra Raju, Yogi Babu, Samuthirkani and more. Story about an influential family is held responsible for the death of a man’s son. The family’s youngest son, Arun Vijay, takes up the responsibility of protecting his family.

Father son combo – Vikram & Dhruv Vikram movie was one of the most anticipated movie among Tamil movie goers. However it failed to full fill their expectations. Starring Vikram, Dhruv Vikram, Vani Bhojan, Simran, Bobby Simha, Sanath,Muthukumar and more. Directed by Karthik Subbaraj in 2022. 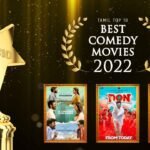 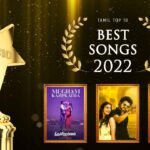