Simple story with worst performance by almost everyone. Directed by JPR and Sham Surya. This movie was released in 2019. Starring Bobby Shimha, Madhoo, Satish, Delhi Ganesh.

This franchise movie failed to satisfy its fans after a poor story and screenplay by Hari. Illogical story was the main reason for this movie’s failure. Starring Suriya, Anuskha Shetty, Neetu Chandra, Anushka Shetty and Thakur Anoop Singh.

Another movie trolled by Tamil fans. To begin with the title itself was so silly. Starring Sarathkumar, Napoleon, Suhasini Manitranam and more, this movie was directed by JPR in 2017.

Very ordinary story with lack of interest in the making and screenplay is the reason for the flop. Average performance of actors was one of the reasons why this movie was not welcomed by Tamil fans. Starring Kathy, Laguparan, Srushti Dance, Suja, which was directed by Naveen Nanjudan in 2019;

Vijay Antony knew of selecting the right story and movie, however he failed with this movie. Something about this movie was not right. Movie directed by Ganeshaa in 2018, starring Vijay Antony, Nivetha Pethuraj, Lakshmy Ramakrishnan, Daniel Balaji and more.

Another low-budget movie which was made outside of India. Again poor performance and lack of interesting elements in this movie are the reasons for this movie’s flop. Starring Shaam and Athmiya. Directed by Parthasarathy.

Poor story-line, and screenplay with wrong casting and average performance, and the list goes on, when it comes to this movie’s downfall. Casting by Nandha, Natarajan, Kaajal, San Sherry and more. Directed by Babu Thooyavan in 2015. 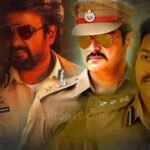 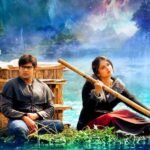