These are our favourite picks of Actor Vishal’s movies that were released until 2020. This list is in no particular order.

Directed by Venkat Mohan, this movie is about a corrupted police inspector who realigns his morals and does the right things in the end. Starring Vishal, Parthiban, Raashi Khanna, Pooja Devariya, KS Ravikumar and Sonia Agarwal. Movie was released in 2019.

This blockbuster hit movie was directed by Lingusamy in 2005. Story about Balu has a fight with the local thug, Kasi, when he visits his friend, Karthik. A furious Kasi follows Balu back to his native place and unwittingly learns that he belongs to an influential family. Starring Vishal, Rajkiran, Meera Jasmine, Ganja Karuppu and more.

Starring Vishal, Santhanam, Aishwarya Arjun, Murli Sharma, John Vijay and Motta Rajendran. This movie was directed by Boopathy Pandian in 2013. Story about a hero who tries to save his girlfriend from a local gangster but falls for his girlfriend.

Directed by Suseenthiran and this movie won a number of awards in Vijay Awards in 2013. Starring Vishal, Vikranth, Lakshmi Menon, Bharathiraja, Soori and more. Story goes as the hero has a good job and lives with his family but it all changes when his brother is killed by a gangster. While the meek Shiva makes a plan to avenge his brother, his father too makes his own plan. 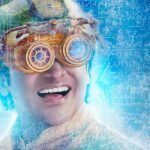 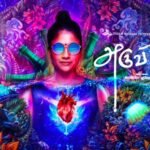