Starring Vishnu Vishal, Miya, Karunakaran, Jaya Prakash, Arya and more. Directed by Ravi Kumar in 2015, the story goes when Elango (Vishnu Vishal) and Pulivetti (Karunakaran) find a time machine, they decide to use it for their benefit. While meddling with time, they prevent a gangster’s death and this lands them in trouble.

An escape artist is recruited by the Indian Space Research Organisation to join a special team. Their mission is to stop an advancing asteroid from hitting the Earth and causing a catastrophe. Directed by Shakti Soundar Rajan, released in 2018. Starring Jayam Ravi, Aaron Aziz, RJ Ramesh Thilak, and Nivetha Pethuraj.

One of the underrated movies in Tamil. Directed by Vi Anand, this movie gained some good reviews. Story about villagers start contemplating about their life after a powerful meteor is predicted to hit their village. Amidst this, two stepbrothers increase their rivalry while their daughters explore love.

Directed by Ramyaprakash Rayappa, this movie was released in 2015. Story goes as when a solar flare disrupts the mobile connections in a city, Vasanth, an intelligent person, tries to restore them. But he is unaware that a bomb will be activated if he completes the task. Starring Nakkhul, Aishwarya Dutta, Bindu Madhavi, Attakathi Dinesh and Satish.

This is more like a fantasy movie, however it involves virus and all, hence it is in this list. Story starts when an intoxicated dog bites a security guard and unleashes a zombie outbreak in a hill station, Karthik, a policeman, takes up the responsibility of helping a team of doctors to find the antidote. Starring Jayam Ravi, Lakshmi Menon, Anikha, Kaali Venkat. 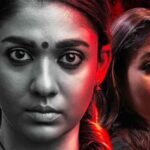 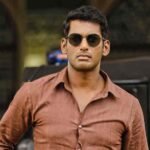