Parthiban is known for his hunger to explore new things in cinema. One of his brilliant making and performance is this movie. Released in 2019, this movie was starring only one actor – that is Parthiban himself with a few voices behind (Gayathri, Deepa Venkat and few more). This movie won two National Awards for Best Audiography and Special Jury Award.

Directed by Vignesh Shivan in 2015, this movie about a gangster-wanna be younger, falls in love with Nayanthara, who has a hearing impairment. She agrees to have a relationship with him only if he helps her kill a gangster who murdered her father. Starring Vijay Sethupathi, Nayanthara, RJ Balaji, Anandraj, Rajendran and Parthiban.

Directed and acted by Parthiban, this movie was released in 1999. Starring Parthiban, Vadivelu, Vikram, Suvalakshmi, Roja, Pasupathy and more. Story about a bomb is placed inside a theatre during a show, and the owner decides to do something about it by going against the cops.

Parthiban’s debut movie as a director. Released in 1989 with the cast of Parthiban himself, his ex wife Seetha, Nasser, Manorama, VK Ramasamy and more. Story about a gangster who rapes a young woman on the order of stepmother. Later he is forced to marry her and she decides to change him to a better person. This movie won two National Awards. 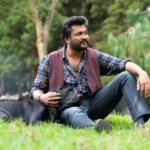 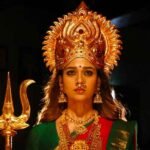