This shining star started his career as mimicry and stand-up comedy artist on Kalakka Povathu Yaaru show and he won that season. Later he became host for Super Singer on Vijay TV before entering cinema. He is one of the most successful stars who came from the small screen.

Santhanam started as a comedian on Vijay Tv’s Lollu Sabha show. He gained huge fans even before entering the big screen. He then made debut in Simbhu’s Manmadhan. He acted in few other Simbhu movies before Manmadhan but however it was uncredited roles.

Another great find from Lollu Sabha comedy show. Even though he never played a lead role in Lollu Sabha, somehow he made it to the big screen in Ameer’s Yogi movie.

The most promising star in Tamil cinema now, started her career as anchor in Asathapovathu Yaaru. Later she took part in a television dance competition show. She made debut in Uyarthiru 420 back in 2011. She grew as one of the busiest actresses in Tamil cinema now.

Started her career as news presenter on Puthiya Thalaimurai. Before she got into acting in Vijay TV’s serial, Kalyanam Mudhal Kadhal Varai. She made her debut on the big screen in Meyaadha Maan.

Vani Bhojan started her character as a model before she was cast in Sun TV serial Deivamagal as the leading role. Later she appeared as a judge in Asathal Chutties on Sun TV and Kings of Comedy on Vijay TV. She acted in a number of Tamil movies. Most famous one is Oh My Kadavule.

DD started her career as child anchor for Vijay TV’s Ungal Theerpu. Later she acted in a few serials before she hosted her own show Koffee with DD. She acted in 7 Tamil movies including guest appearances. She played a full swing role in Sarvam Thaala Mayam.

Third successful find from Lollu Sabha is Swaminathan. Even though he acted in a number of films before the Vijay TV, he was not recognised. He was recognised after the success of Lollu Sabha and now he is one of the successful supporting comedians.

This young talented guy is an upcoming talent who is still hosting a couple of shows on Vijay TV (Kalakka Povathu Yaaru? and Cooku with Comali). He made his debut film Kannum Kannum Kollai Adithal in a prominent role and gained some good reviews. 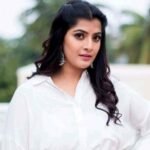 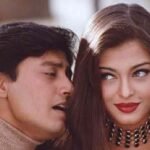