These are our favourite picks of Lady Superstar Nayanthara movies that were released from 2000-2009. This list is in no particular order.

Even though this is a remake of Rajinikanth’s Billa, with fresh screenplay and movie making, this definitely caught a lot of attention when it was released. This was released in 2007 starring Ajith, Nayanthara, Rahman and more. Nayanthara only acted in the first part, she was not the cast for Billa 2.

Hit blockbuster in 2009, this movie was directed by 2009. This comedy yet family story was a hit because of Vadivelu’s comedy. Starring Suriya, Nayanthara, Vadivelu, Nayanthara and Ramesh Khanna.

Starring SJ Suriya, Nayanthara and Vivek, this movie was trolled by many for SJ Suriya’s over acting. However Nayanthara’s acting was appreciated by her fans. Directed by Tamilvannan in 2006.

This police movie was released in 2008 which was directed by Amma Rajasekhar. Acted by Vishal, Nayanthara, Upendra Rao, Kota Srinivasan Rao and more. Nayanthara’s comedy was hilarious in this movie with Premgi Amaran.

P. Vasu’s movie was a huge hit in 2005. Nayanthara’s role was not that prominent, however she justified her acting skill within the scope. Starring Rajinikanth, Nayanthara, Jyothika, Vadivelu, Prabhu, Malavika and more stars.

Nayantahra paired with Thala Ajith after Billa one released. She acted as a teacher in this movie. Casting Ajith, Nayanthara, Pia Bajpiee, Navdeep and Jayaram. Directed by dance master Raju Sundram in 2008. However this movie was a flop.

This was not the best movie nor bad in her career. But Nayanthara carried her role well in this movie. Paired with Simbhu along with Reema Sen, Sandy, Santhanam and more stars. Directed by Simbhu himself in 2006.

This movie was a major flop in Vijay and Nayanthara’s career. Bad reviews and poor performance in cinemas. Directed by Prabhu Deva, Nayathara was exposed too much in this movie, which backfired on her by her fans. This movie was released in 2009. 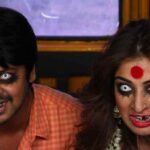 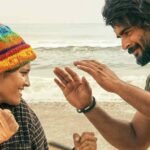