Story and direction by Sudha Kongura. Prabhu Selvaraj, a boxer, is ignored by the boxing association. He tries to accomplish his dream by training Madhi, an amateur fighter. Starring Madhavan & Ritika Singh. This is a debut film for Ritika Singh, and she rocked in this movie. Movie was a blockbuster hit in 2016.

Starring Vijay, Trisha, Prakash Raj, this movie was directed by Dharani in 2004. This movie features Kabadi as sports. Story about Velu, an aspiring Kabaddi player, is in Madurai to participate in one of the regional matches when he rescues Dhanalakshmi from Muthupandi, a powerful man keen on marrying the girl against her wishes.

Starring Hip-Hop Adhi, Anagha, Kausalya, Karu Pazhaniappan. Story about lead role – a former hockey player, helps a local team save their ground by training them to win a match against the Pondicherry team. However, a corrupt politician – played by Karu Pazhaniappan has his eyes set on the ground. Movie was released in 2019.

Starring Kathir, Yogi Babu, Kishore and Roshini Prakash. Jada is a rising football star whose coach, Elango, wants him to pursue professional football. But Jada has his own agenda; participate in a violent local tournament and avenge his hero, Sethu. Movie was released in 2019 directed by Kumaran.

Another football movie in this sports segment. Directed by Prabhu Solomon, this movie was released in 2007. Sadly this movie was not a huge success for the team. Starring Sibiraj, Prakash Raj, Meera Chopra, Vidarth and Pandi.

Rarely do we see Tamil movies covering track and field sports. This is one of them. Story about an athlete who suffers from a rare health condition that prevents him from physical exertion. Movie was directed by Ravi Arasu in 2015, starring Atharvaa Murali, Sri Divya,  Adukalam Naren and Jaya Parakash.

Second Kabadi movie in this list, but this time about Women Kabadi sports. Starring Sasikumar, Bharathiraja and Meenakshi Govindarajan as lead roles and other supporting characters. Directed by Suseenthiran in 2019, this movie received a mix review.

I Love You Da

Not a great sports movie, however this involved cricket, that is the only reason this movie ended up in this list. Story about a match fixer faces tough competition when a young player decides to fight him and make his country win. Movie was released in 2002. 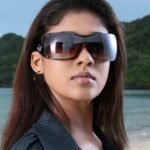 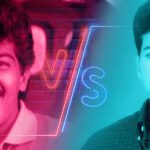