These are our favourite picks of Actor Dhanush’s movies that were released from 2000-2010. This list is in no particular order.

This is probably one of the all time favourites for many. Released in 2006, starring Dhanusha, Sonia Agarwal, Sneha, Vijay Sethupathi. The story is about how a young boy turned into gangster and stepped up as a politician.

Released in 2002, this was Dhanush’s debut film in Tamil. It was also the debut movie for Selvaraghavan as director. Movie about 6 friends running away to escape from the niggling issues at home and the issues they face. Starring Dhanush, Sherin, Ramesh Khanna, Abhinay, Thalaivasal Vijay and more.

Second movie directed by Selvaraghavan with Dhanush as lead role. This movie about Vinod survived physical and mental abuse in his childhood. When he falls in love with Divya, he gets so obsessed with her that he becomes willing to kill anyone who comes in her way. This is the movie Dhanush proved himself as a shining actor. Starring Dhanush, Sonia Agarwal, Daniel balaji and Nagesh. Movie was released in 2003.

Directed by Ramana, music composed by Vidyasagar, this movie was released in 2004. Starring Dhanush, Sindhu Tolani, Sanghavi, Pasupathi and Manivannan. This movie about a greedy moneylender charges exorbitant rates and ruthlessly goes after people who do not pay him back. This movie was not a big hit in Dhanush’s career.

Another movie with the same combo of Boopathy Pandian and Dhanush. Dhanush proved to his fans that he can be good in comedy roles as well. Starring Dhanush, Prakash Raj, Shriya Saran, Coulee and Saranya Ponvannan.

Starring Dhanush, Sridevi Vijayakumar, Karunas and Kunal Singh. This movie was directed by Boopathy Pandian in 2004. This love story about a tea vendor hero fell in love with the heroine who was a rich girl. However after she left him, the hero sues her for cheating.

First movie released with Vetrimaaran – Dhanush combo. This movie was released in 2007 and was a huge success in both their careers. Story about the hero is dejected when he learns that his bike has been stolen. He decides to find the people who stole the bike, but lands in trouble when he realises that his bike has been used to transport drugs. Starring Dhanush, Divya Spandana, Bhanupriya, Kishore, Daniel Balaji and more.

Veerapandi is a respectable landlord in Pandiyapuram, who is feared by his enemies. Selvam, his obedient son, tries to emulate him and supports him in opposing an irksome MLA. Directed by Suraj, this movie was acted by Dhanush, Tamara, Vivek, Suman and Atul Kulkarni. Movie was released in 2009. 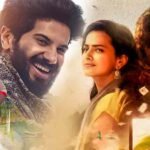 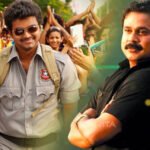