These are the best of Rajinikanth’s movies that were released from 1980-1989. This list is in no particular order.

Starring Rajinikanth, Radhika, Sathyaraj, Senthamarai,Silk Smitha and more. This was one of the famous police movies in tamil cinema. Rajinikanth played 3 roles in this movie as Alex Pandian, Arun and John.

Released in 1980, this movie about Johnny who falls in love with a singer Archana, however their relationship got in trouble when Johnny’s look alike kills the singer and tries to spin the blame on Johnny. Starring Rajinikanth, Sridevi, Suruli Rajan.

K. Balachander is not a remake director, however he couldn’t resist himself from remaking Gol Maal was released in 1979. This comedy movie was released in 1981, starring Rajinikanth, Thengai Srinivasan, Madhavi, Sowkar Janaki.

Funny yet sentiment movie, Thambikku Entha Ooru was released in 1984 starring Rajinikanth, Madhavi, Sulakshana, Senthamarai and more. Story about a carefree youngster was sent to a village to get reformed.

One of Rajikanth’s favourite movies by himself as he mentioned in an interview. This movie was about miracles that happened in a scholar and saint – Sri Raghavendra’s life. Directed by S. P. Muthuraman, this movie was released in 1985. One of finest acting by Rajinikanth.

Story about an illegitimate son who takes revenge on a father who left his mother. Directed by S. P. Muthuraman in 1986, this movie was acted by Rajikanth, along with Sathyaraj, Visu, Goundamani, and Ambika.

Known for some famous songs, this movie was released in 1988. Directed by S. P. Muthuraman and screenplay by Panchu Arunachalam. Casted by Rajinikanth, Prabhu, Gautami, Seetha, Cho Ramasamy, Ravichandran and more.

Another combo of Rajinikanth – S. P. Muthuraman – Panchu Arunachalam, this movie was a box office hit back in 1988. Rajinikanth played a dual role, with Prabhu, Suhasini, Nassar and more. 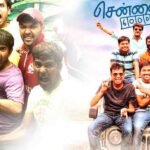 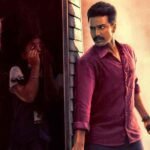