Kamal Hassan + Crazy Mohan’s second movie together after Apoorva Sagodharargal. This movie proved that this combo is going to make some extraordinary comedy movies in Kollywood. And they proved it right as well. Released in 1991, directed by Singeetam Srinivasa Rao and starring Kamal Haasan, Urvasi, Rupini, Kushboo, Nakesh and more.

If you are talking about comedy movies, then comedy legend Nagesh movie must be there. And one of the most famous comedy movie was Kadalikka Neramillai. Released in 1964, it is still funny to watch even today. Directed by C. V. Sridhar and starring T.S. Balaiah, Kanchana, R. Muthuraman, Nagesh.

K. Balachander is not a remake director, however he couldn’t resist himself from remaking Gol Maal was released in 1979. This comedy movie was released in 1981, starring Rajinikanth, Thengai Srinivasan, Madhavi, Sowkar Janaki.

The story begins when Kamal Hassan a village was told by his mother to marry his long lost cousin Kushboo who lives city. with the help of his friends Goundamani, Vadivelu, Mano and Charlee, Kamal Hassan will look for Kushboo and how he convince her to marry her is the story. Released in 1992, directed by R. V. Udayakumar.

One of the most hilarious movies in Tamil cinema is this. Story about a middle-class family who was to impress an glamorous actress next door. A must watch movie, directed by Chittajalu Pullayya and starring Taraka Rama Rao Nandamuri, Devika, L. Vijayalakshmi, Varalakshmi S. We include the movie here for you to enjoy.

Another comedy movie director and actor is K. Bhagyaraj. Almost all his movies are in comedy films. Released in 1990, this movie was directed and acted by K. Bhagyaraj himself along with Gouthami, Silk Smitha and more.

Sundar C., one of the successful comedy movie director till today. He is still making some good comedy movie, that is his strength. One of the blockbuster movie in his direction career was Ullathai Allitha. Released in 1996, was acted by Karthik, Rambha, Goundamani, Senthil, Manivannan.

If you are fan of old movies, you MUST watch this movie. Story of Aladdin in English. Story goes as two friends found a jar and accidentally release a genie called Jee-Boom-Baa. With the help of Jee-Boom-Baa this duo will be successful and rich in their life. Directed by M.V. Raman in 1967, this movie was starring Jaishankar, Nagesh, Javar Seetharaman, K. R. Vijaya. 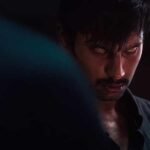 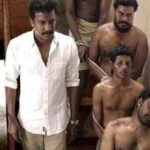